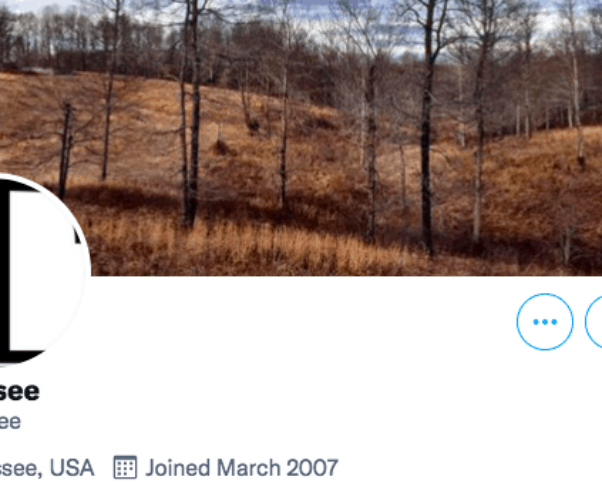 The Twitter handle @Tennessee is not owned by the government or a business. It was snatched up in 2007 during the early days of Twitter by a proud resident of the state, a decision that ended up costing him his life. 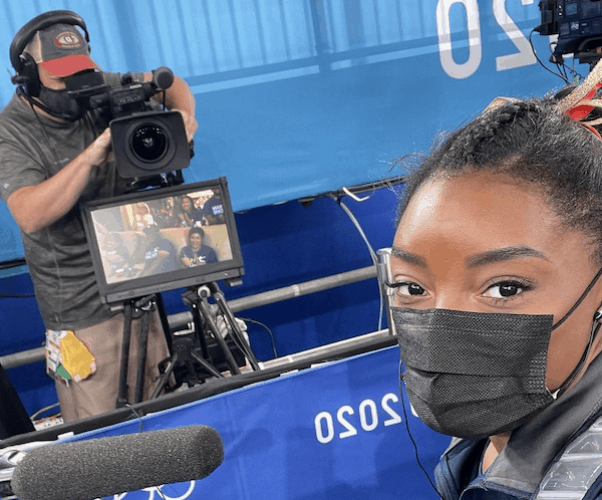 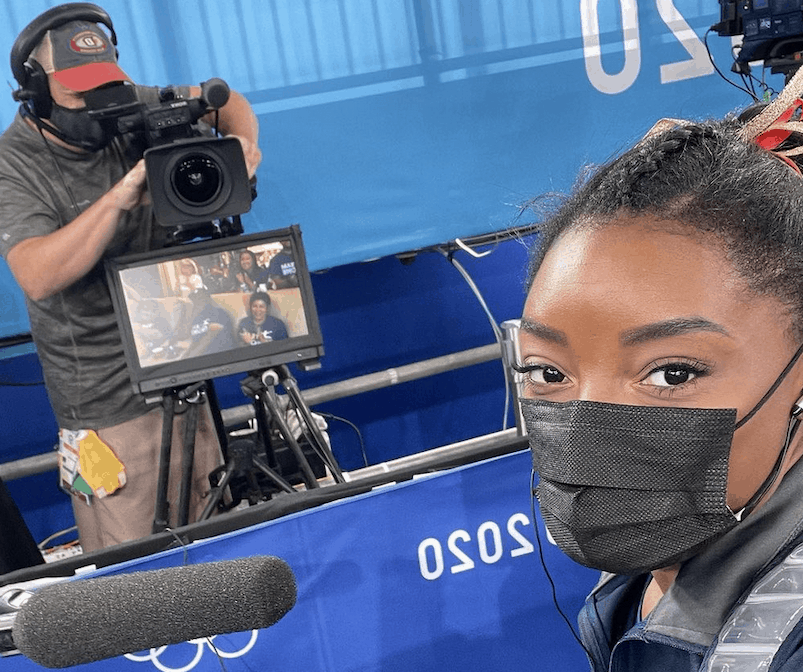 CELEBITCHY – Simone Biles has been so thoroughly dominant a gymnast for so long that the Simone Biles withdraws news is the most shocking sports story of the year. The 24-year-old GOAT announced her withdrawal from the team event due to a “mental health issue” that left her “freaking out” during the final. No word on whether Simone will withdraw from the rest of the Olympics; hopefully, she and the rest of the team can step back and take a breath

THE ASHLEY’S REALITY ROUNDUP – Despite swearing off reality TV just last month, Tamar Braxton is coming back for some of those sweet docuseries dollars. This time, the 44-year-old will star VH1’s reboot of The Surreal Life, debuting this autumn. Tamar’s co-stars include Dennis Rodman, Stormy Daniels, and Frankie “Malcolm in the Middle” Muniz

REALITY TEA – It seems Real Housewives of Beverly Hills star Dorit Hemsley and her husband PK owe the IRS a combined $1.3 million in unpaid taxes. The “unpaid” part allegedly goes back as far as 2015. I thought it these two had worked out some kind of a deal with the IRS a year or two ago?

VOX – Today, in Earth-saving Olympic news: “Our bodies can adapt to hotter conditions — but there’s a limit: Here’s what Olympic athletes can teach us about coping with heat waves”

JEZEBEL – It’s been a foregone conclusion for months now, but Britney Spears has finally made her conservatorship requests official. On Monday, Spears’ lawyer filed a formal request for the removal of Jamie Spears from Britney’s conservatorship

DLISTED – Pink has offered to pay the fines of the Norwegian womens handball team. The team was docked $1,700 for a violation of European Handball Federation (EHF) rules by refusing to play in bikini bottoms. Not really clear why the men are allowed to play in shorts and the women aren’t; hopefully the Norwegian men will play their next match in Speedos to show solidarity

LAINEY GOSSIP – “Bennifer gave gossip exactly the kind of glow we needed this weekend with JLo’s birthday in St Tropez where they ostensibly recreated the “Jenny From The Block” video and loved themselves up on a yacht. By now, I’m sure, everyone has seen those photos…and now here are some new ones…” 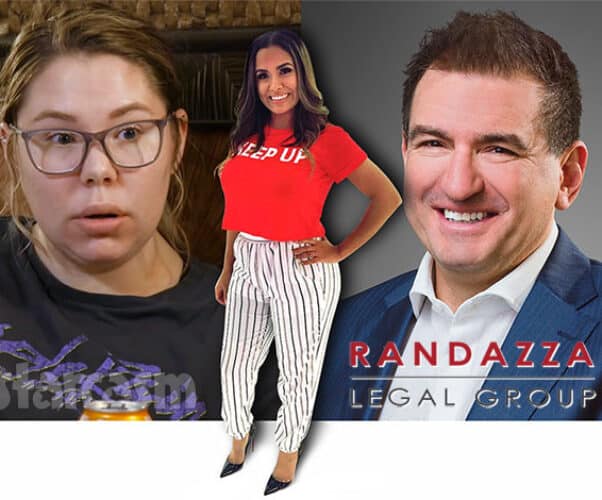 Kailyn Lowry might be having second thoughts about her decision to escalate the feud with her Teen Mom 2 co-star Briana DeJesus by filing a defamation lawsuit because a well known 1st Amendment attorney has just signed on to represent Briana! 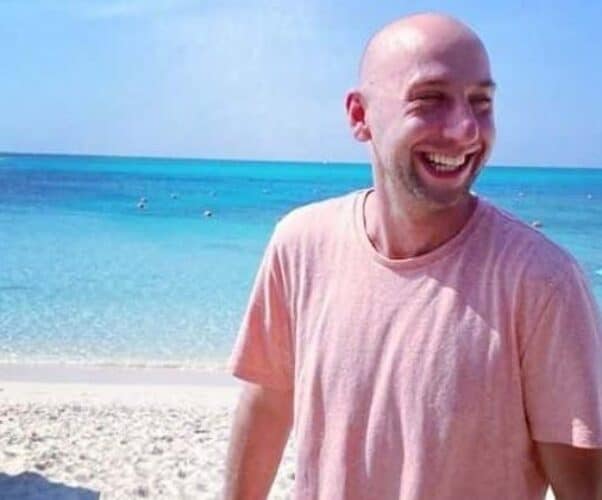 So far on Season 6 of Below Deck: Mediterranean, Chef Mathew Shea already left the boat during the first charter over anxiety and a knee injury. Thankfully he returned and seemed to be serving up tasty food, but he clashed hard with second stew Lexi Wilson. She got so angry with him, she’s threatened to add him to her burn list of all the people who have wronged her in life. By the end of tonight’s episode, it looks like Chef Mat might be walking off the Lady Michelle for good. 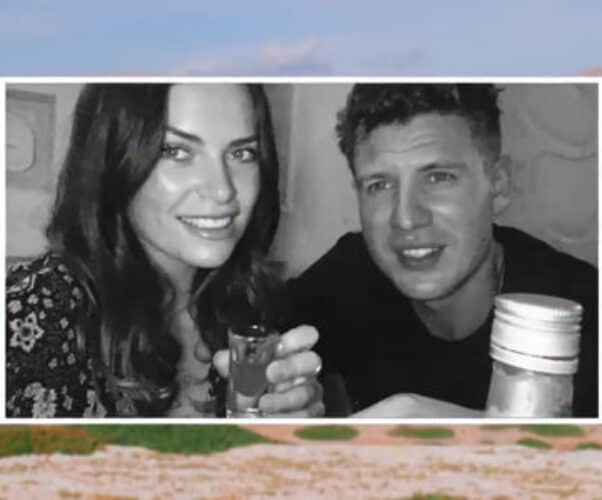 The world of luxury reality TV yachting is a small one. At the start of Season 6 of Below Deck: Mediterranean, chief stew Katie Flood revealed that she’d had a 1 and a half year romance with former Below Deck Med deckhand Jack Stirrup. He had even gotten her face tattooed on his arm just a few days into their love affair. 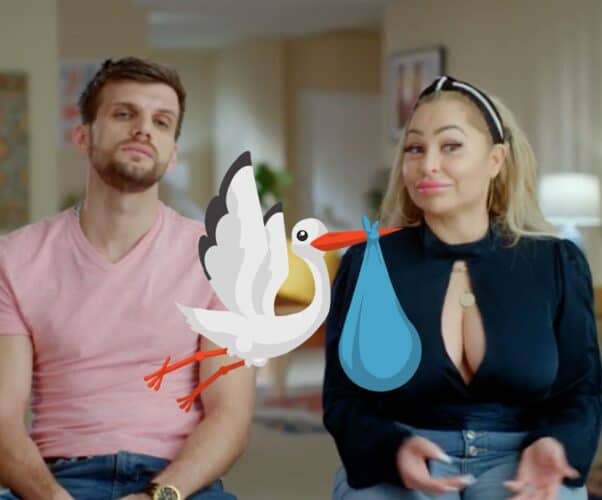 Stacey Silva and Albanian model Florian Sukaj married on April 20, 2020 after meeting on social media. 46-year-old Stacey already had two teenage sons from a previous marriage. Florian is around 30 and has no children, and in a clip for the episode of Darcey & Stacey that airs tonight, it seems like Stacey wants to change that. Will Stacey and Florian have a child together? 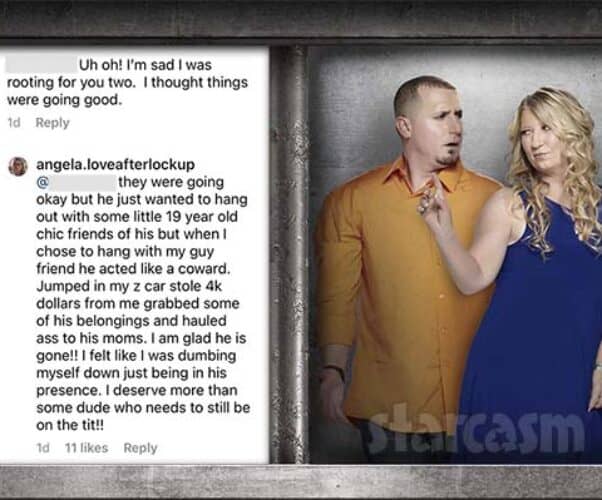 The Grenada, Mississippi prostitution industry has just taken a major hit as Love After Lockup Lothario Tony has reportedly taken his wife Angela’s money and car and is now making it rain on the ladies of the night in Idaho! Keep reading to watch a video of Angela setting fire to Tony’s photo collection and get a full recap of what happened straight from Angela — including allegations of Tony stealing her car and $4,000 before running off to Idaho! 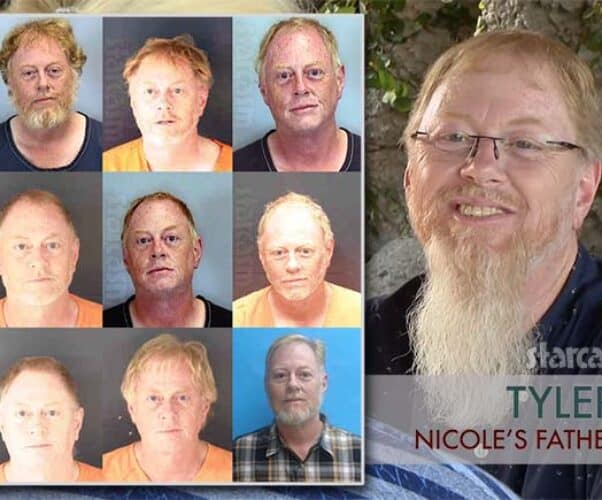 The father of 90 Day Fiance star Nicole Nafziger has been sentenced for multiple felony convictions in Florida after being arrested nearly ten times over the past two years. Prior to his most recent arrest, police tracked down Nicole’s mother, Robbalee, and she confirmed that “she nor her children have been in contact with Tyler. Tyler’s phone is shut off and he is homeless.”